Mirador Del Río Is A Beauty Spot Viewing Area at a height of 400 metres.

Mirador del Río is one of César Manrique’s creations.

It shows a series of architectural and artistic details that shows his determination to combine art and nature into one harmonious concept or peace of art.

Mirador del Rio is located near what is left of an old military base that dates right back to the end of the 19th Century. It is camouflaged and hidden on the rocks in such a subtle way, in which only César Manrique could ever conceive.

At 470 metres high, on El Risco de Famara, which is an extensive cliff that runs lengthways for over 20 kilometres from Punta Fariones, found in the extreme north of the island, to El Morro del Hueso, in the vicinity of Teguise.

Once at Las Peñas del Chache, the cliff reaches its highest point – which is also happens to be the highest point on the island at an altitude of 671 metres (2201 feet in old money)

Best Villas hosts some of the highest quality villas in Lanzarote. All built with exceptional standards and our 5 star customer service. Our Best Villas are conveniently situated close to many of the local tourist attractions and only a drive to the spectacular views of Mirador del Rio.

Want to know more? Read about us here

The thin stretch of the sea that separates Lanzarote and La Graciosa.

Although very unassuming from the outside, the inside of the viewing spot hides some  surprising details, impressive glass windows, conceived by the artist aiming to increase the effect of the panoramic view, and the monumental and unique sculptures hanging off the ceiling challenging gravity its self.

From the atalaya, visitors may look at the Canary Islands eighth Island, La Graciosa, and the small group of islets part of the Chinijo Islands National Park.

At the bottom of the cliff, the burnt orange shades of the salinas del Rio stand out of the landscape, also known as Guza, the oldest ones on the Canary Islands.

Looking for Accommodation with a Sea View?

Choose one of our perfectly located villas to explore volcanic Lanzarote ​

Take a look below at some more of the earths creative works. These volcanic hidden gems of Lanzarote have to be visited, especially early evening with its watercolour sunsets across a landscape of deep blood red and fiery orange colours set into Lanzarote’s own volcanic canvas. A photographers dream landscape. 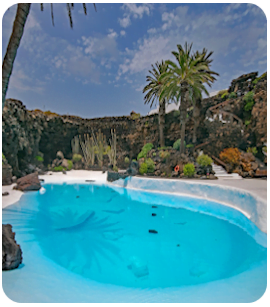 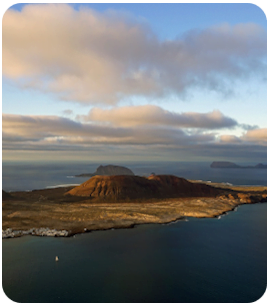 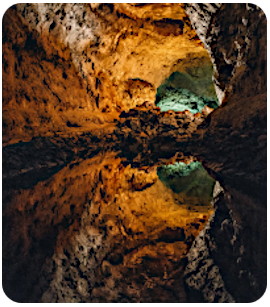 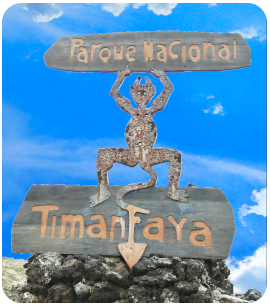 Need More Information About Our Villas?

Fill out the form below and we will get back in touch within 24 hours.

Give us a call NOW for an instant answer

Get in touch on Messenger

Please enter your username or email address. You will receive a link to create a new password via email.